Confession time: For various reasons, I haven’t had as much of a chance to travel the world as I’ve wanted to. I’ve done a lot of domestic travel, but trips abroad have been mostly elusive. So despite the fact that I’ve been writing about travel since 2013 and am an expert on many travel topics, impostor syndrome is a constant companion.

But while my circumstances have made it challenging to achieve my travel goals over the past several years, it’s given me the chance to do a lot of research and daydream. Of course, now that many aspects of my situation have changed and I had several international trips planned in 2020, COVID-19 swooped in and put an end to that — at least for now.

So like my book list, my travel list continues to grow. I’ve discovered some of the most beautiful places on earth, if only virtually for now. And I’m looking forward to checking them off my list.

10 of the most beautiful places on earth

I hesitate to use the clickbaity “10 most beautiful places on earth you don’t know about” title, because has anyone really read such an article and not known at least a thing or two on the list? Even if you don’t travel often, it’s still possible you’ve heard of some of these.

But if you’re a casual traveler, most, if not all, of these places may be new to you. So, instead, these are the 10 most beautiful places on earth you may not have heard about. If you’re looking for new stunning destinations to add to your bucket list, here are my top picks.

Niagara Falls gets a lot of love from tourists, but it’s got nothing on Iguaza Falls, which straddles Argentina and Brazil’s border. The largest waterfall in the world is also a great alternative if you don’t enjoy Niagara’s touristy atmosphere.

A historical region in Turkey, Cappadocia is full of churches, homes and monasteries carved directly into the soft rocks of the landscape. Many of the churches feature frescoes that date as far back as the 9th century. You can also stay in one of the area’s famous cave hotels.

Hot air ballooning is popular in Cappadocia and is an excellent way to get a full view of the region’s otherworldly features. In fact, if you search for images of Cappadocia, most of them are teeming with hot air balloons. That’s no festival, either. It’s a must-do activity.

Scotland has always been at the top of my travel wishlist, and the Isle of Skye is a must-see. There’s so much to experience: fairy pools and the fairy glen, medieval castles, rugged landscape and magnificent sea cliffs. Plus, during the winter months, you may get a good peek at the Northern Lights.

Just make sure to have some backup plans for when the mist rolls in. Spend some time visiting one of the island’s castles or museums, or grab a drink at a local pub.

I’m a sucker for beautiful waters, and the emerald hue of Lan Ha Bay is certainly inviting. But what really gets me is the magnificent limestone islands covered in rainforests. What’s more, some of those islets are hollow, allowing you to take a tour of beautiful caves. Whatever you do, take a boat tour, so you can see the towering islands and hidden lagoons up close.

The best thing about Lan Ha Bay is that it offers all of the same views as the wildly popular Ha Long Bay, which is located just to the north, but it’s not quite as busy.

One of the many aces up Europe’s sleeves, Plitvice Lakes National Park is a landscape of stunning lakes, waterfalls and caves, all of which have been created naturally over thousands of years. There are boardwalks snaking throughout the area to give you fantastic views of waterfalls, fish and other wildlife — the park is home to deer, wolves, wildcats, wild boar, otters and endangered European brown bears.

Milford Sound is one of the five fjords in New Zealand’s Fiordland National Park. The combination of its dark waters and a backdrop of mountain peaks will make it almost impossible to look away. It’s also one of the shooting locations for scenes from the Lord of the Rings trilogy — the surrounding area was the setting for Fangorn Forest in the second film in the series.

But even if you’re not a Tolkien fan, you’ll still enjoy the impressive natural wonder of Milford Sound. There’s a reason Rudyard Kipling called it the eighth wonder of the world.

The first time I saw photos of Zhangjiajie National Forest Park, I knew I had to visit. It’s just one of four national parks in the Wulingyuan scenic area, which is home to more than 3,000 quartzite-sandstone pillars. Zhangjiajie is also where you’ll find the longest and highest pedestrian glass bridge in the world — that’s a staggering 1,410 feet long and 980 feet high.

The climate is wet all year round, giving the views an ethereal beauty you’ll be hard-pressed to find anywhere else.

There are a lot of reasons to visit Iceland. The Blue Lagoon, the Golden Circle and the Northern Lights. But if you ever visit the Nordic island country, Reynisfjara Beach should be on your priority list.

The black sand beach and basalt columns were created by one of the island’s roughly 130 volcanoes — 30 of which are still active. And just off the shoreline, you’ll see impressive sea stack rock formations. Just be careful while you’re there. The beach is known for its sneaker waves, which can surprise you, knock you down and even sweep you out to sea.

So far, all the destinations on this list were chosen because of their natural allure. But the ancient city of Bagan in Myanmar — the capital of the Pagan Kingdom from the 9th to 13th centuries — shows that human creations can absolutely belong among the most beautiful places on earth.

The Bagan plains are home to more than 3,800 Buddhist temples, pagodas and monasteries, which have survived all these hundreds of years. The sheer magnitude of it all is overwhelming in the best way.

Okavango Delta is one of the world’s largest inland deltas, which means it empties into open land instead of the ocean. Because the river floods the surrounding savanna every year, the landscape is always changing. In some cases, though, the water remains in a series of lagoons, which attract all kinds of wildlife.

That includes a list of hundreds of species, including lions, cheetahs, rhinoceros, hippopotamuses, crocodiles, giraffes, zebras, baboons and so many more. If you want to experience a safari in one of the most striking settings in Africa, the Okavango Delta is the place to do it.

What are some of the most beautiful places on earth that you’ve visited? 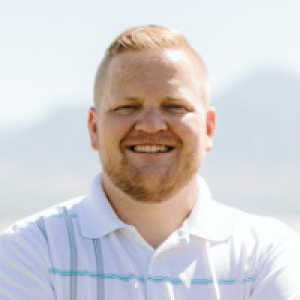 Ben is a freelance travel and money writer, who's always planning his next trip. When he's not traveling, Ben enjoys spending time with his kids, scoping out new restaurants, hiking, reading, and working through his never-ending Netflix queue. He's also a co-host on the podcast Just One More Trip.

What do you think?

What is The Thrifty Wanderer?

We’re here to help you discover someplace new on any budget. Keep reading to learn how you can visit somewhere new without breaking the bank.

The American TRIP Act Is Bad — Like Really Bad

How to Find the Right Credit Card for Your Next Vacation

How to Create a Travel Budget

How to Travel on a Budget: 46 Essential Tips

get on board with us